Has anyone ever wondered why Grandma got ran over by a reindeer?

Seriously, where in the world was Grandpa during all of this!?  If you ask me, that’s a new low and certainly paints a grim picture for the state of chivalry. Grandma deserved better. Thats all I’m sayin’.

One may never know the answer to some questions, but fortunately the internet has answers to others. 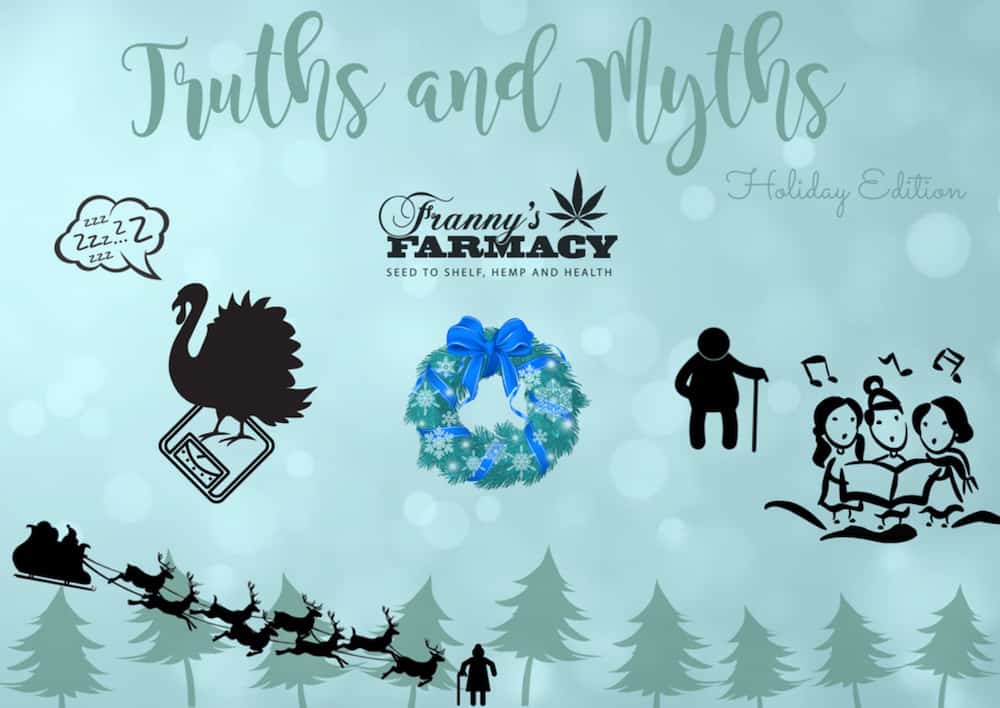 I wanted to know if turkey puts you to sleep, how much weight I’ll gain this holiday season, and why people sing in the freezing cold for strangers. Let’s not leave out those ever present Cannabis myths. If I sneak a Franny’s CBD Chocolate this year, will I lose motivation, gain more than turkey weight, and forget my Christmas list?

With a little searching, here’s what I found…

A small town in Northern England began Christmas caroling in 1678.  This was meant to organize a rebellion against recent tax increases on common folk.  OK, that’s a completely FALSE story that I just made up, but you can pass that along as fact if you want. It’s totally believable and way more interesting than the truth.

Caroling has no pinpointed origin and is a result of different cultures mixing together. Although this is a bit of a let down, the story speaks to the diversity we all currently represent. Form and structure of carols can be traced back to 13th and 14th century processionals, but had nothing to do with Christmas. In fact, singing from house to house is ancient Norse in origin, but we cannot say when it began. 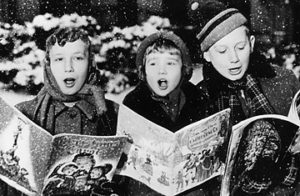 Traveling through Time, we find ourselves in England, where the Victorian era resulted in these two traditions merging as one. Even then, caroling didn’t become truly popular until the 19th century. Old world hymns merged with new age songs, printing presses got to work, and eventually they stuck in the hearts and minds of those who read them. Present day, we see a decline in caroling from what it used to be. Most people have stopped going from house to house singing songs of joy- but those who do still wonder, why are we doing this? Now you know that nobody really knows.

Moving on… Tis’ the season for gaining! Are we heading into 2020 with some added weight from the holiday season?

First and foremost, this subject in its entirety cannot be quantified. Every study I found seemed ludicrous considering we’re all very different; we eat different amounts of food, have different body chemistry, and live different lifestyles. For this reason, I will not be regurgitating any of their claims to have figured out just how much weight we can expect to gain. I found examples stating some people gain one pound after the holidays, others two pounds. The ones who should be ashamed are those in the five pounds or more category, not for the weight they gained, but because apparently they didn’t think anyone else wanted seconds.

Did Cousin Sharon all of a sudden get hit with the munchies and become selfish?  Could CBD have been the culprit? According to Medical News Today, CBD does NOT make you hungry. Cousin Sharon also wouldn’t have forgotten to pass the plate because CBD has yet to show signs of diminishing memory.  So nice try on that one… you’re on your own, Sharon.

Back to the matter at hand; I’ve come up with my own remedy so you don’t have to avoid that scale come January 1st. Don’t focus on what you eat; focus on what you do afterward. Not immediately of course. We all know running and swimming after eating makes you sick… or does it? That’s a truths and myths for another time. The weight from holiday treats and sweets can only stay if you allow it. Focus your intentions on an increased exercise regimen and tighten that diet back up. Regardless of whether you indulge on CBD Chocolates, pass the plate for seconds or stuff your face with it; if you put in the work, you will not keep that holiday weight.

In my opinion, I’ve saved the best for last. Partially because I love turkey; also because I love sleep. Has everyone been speaking lies my entire life, or does Turkey really put you “down for the count”? Google tells me that Turkey contains a chemical called Tryptophan. Without getting into a chemistry lesson, this is basically converted into melatonin which makes you sleepy. So, turkey DOES make you sleepy after its components are broken down and absorbed by our bodies. I wish there wasn’t a “but” here, but it doesn’t contain as much Tryptophan as many believe. Nutritionists have been speculating that the increase in other carbohydrates we consume, in addition to alcohol, gives Turkey a boost. Anyone willing to do a research project on this will have to fight family for who gets no turkey, who gets no alcohol, and who has to eat extra carbs.

I suppose the moral to all of this is every myth seems to have some truth. Christmas carolers don’t know how it began, but they do it for the love of tradition. We only gain the weight we accept this Holiday season and turkey isn’t going to replace your sleep aid anytime soon. However, one myth about CBD is actually true, only partially though. While Turkey may not replace your sleep aid, CBD certainly can. It won’t take your long term motivation and throw it out the window, but I believe it can ease your anxiety and lull you to sleep.

Let’s close this out by getting back to the most important part of this entire blog; “Grandma got ran over by a Reindeer.” WHERE WAS GRANDPA!? If you thought Grandpa was off the hook, clearly you were wrong. I’m opening a full scale investigation with the best answer winning a Christmas gift from Franny’s! Find the truth or make me laugh, it’s a toss up which one will win.

Have a safe, fun and Happy Holiday season. 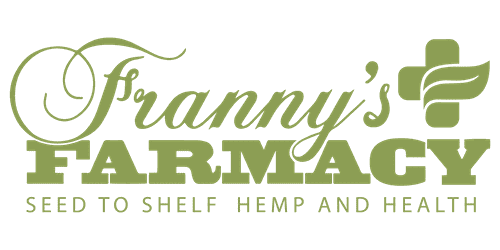