PBS NewsHour recently published a spotlight story about the growth of hemp production in North Carolina. Since the state legalized the production of industrial hemp with its pilot program in 2017, the market has been booming. PBS featured farmers—including Franny’s Farmacy Co-Founder Franny Tacy, a former pharmaceutical sales rep who found her calling as the first female hemp farmer in North Carolina—have since embraced the versatile crop.

“Hemp is the only crop that can feed, clothe, shelter and provide medicine,” says Franny.

While Franny focuses on extracting CBD from the hemp she grows, the CBD industry remains largely unregulated. In a recent study, researchers found that 70% of CBD products contained a different amount than advertised. The burden of finding high-quality products often lies with the customers, not manufacturers.

“We really need some regulation right now to protect consumers. This is why Franny’s Farmacy is vertically integrated: setting the standard for quality throughout the entire process. The most important thing for a consumer to know is: where did it come from?” says Franny.

Franny’s Farmacy stands out from the crowd thanks to its commitment to transparency. QR codes are placed on all products, which allow customers to see lab tests confirming quality and purity. Franny’s Farmacy has also revealed its process for hemp production, from seed to shelf. Franny prioritizes education, which she says is key to using wellness products like CBD and busting the negative connotations people often have about hemp.

The crop has a multitude of sustainable and industrial uses from biofuels to plastics to building materials—but many still associate it with its cousin plant, marijuana. While recreational marijuana often contains 20% THC or more, legal hemp contains a maximum of 0.3% THC. Franny has experienced some judgment as a hemp grower, but she says she “ignores it like water off a duck’s back.”

Looking ahead, Franny sees an industry that will only continue to grow as Franny’s Farmacy franchises are established across the region, wholesale accounts expand internationally, and manufacturing expands to private label for other companies. Even though the CBD boom is still in its infancy, Franny says “hemp fever has spread across the country,” and it seems to be contagious.

Franny has been featured on major networks including NBC, ABC, CBS and FOX. Here’s her latest interview with PBS NYC. 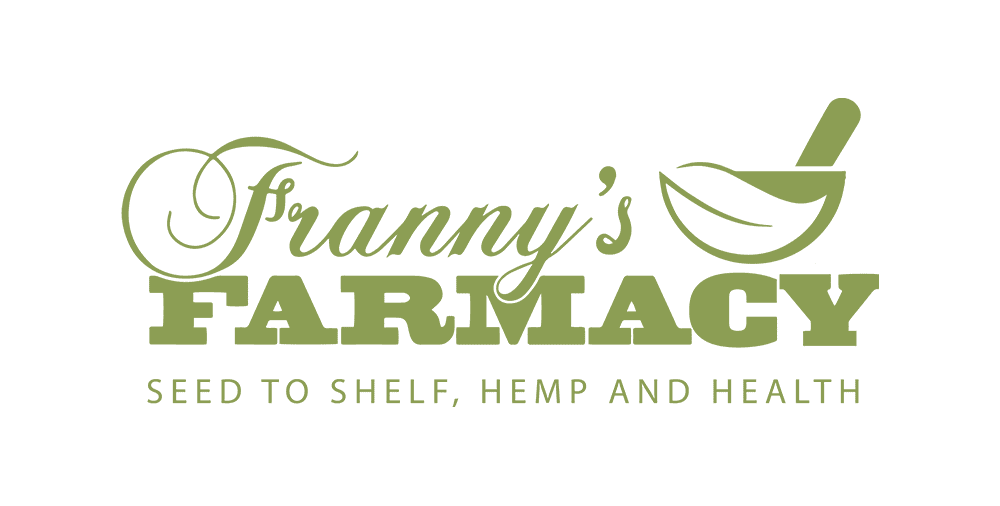